Chapter One: The Importance of Social Movements

Don’t depend on our leaders to do what needs to be done, because whenever the government has done anything to bring about change, it’s done so only because it’s been pushed and prodded by social movements, by ordinary people organizing.

Throughout history, even in moments of total despair, when repressive and racist forces have held the reins of power, popular resistance has broken through oppression, even made progressive gains. Social movements have overthrown dictators and military juntas. Across the globe, in hundreds of countries, they have fought back against corporate or theocratic power in the name of individual freedom and social justice. And they have won.

For example, take the surprising shift over the last two decades towards marriage equality. The 1990s saw both Democrats and Republicans pass the Defense of Marriage Act (DOMA), whichdefined marriage as the union a man and a woman and implicitly legitimized homophobia. As recently as eight years ago, Hillary Clinton, Barack Obama, Joe Biden and almost all other top Democratic leaders held public positions against same-sex marriage. Today, just 15 years after DOMA, the landscape has been dramatically altered. Same-sex marriage is the law of the land. Nearly all Democrats (and even many Republicans) support marriage equality as a reasonable and fair policy.

Elected officials didn’t drive these changes—they raced to keep pace with them. LGBTQ activists led a movement that won the hearts and minds of millions, racking up local legislative victories, gaining acceptance for same-sex couples in religious congregations and corporate boardrooms, and shifting common sense attitudes within the legal community. Resistance continued until what had seemed impossible all at once became reality. Once public opinion shifted in favor of same-sex marriage, politicians scrambled to “evolve” in their positions and prove that they had supported equality all along.

This was not an aberration. It’s how ordinary people have won rights and freedoms for ages. 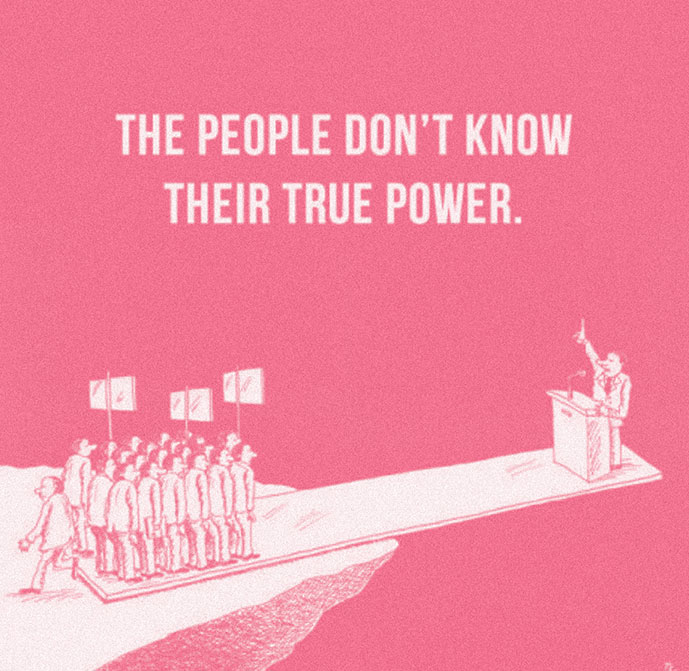 Too often, we think of the gradual expansion of rights in the United States as somehow baked into the DNA of American history, as if it was only a matter of time before the Declaration of Independence’s claim that “all men are created equal” would apply to women and African-Americans. It’s important to remember that all of the great egalitarian reforms in our country—the end of slavery, the end of child labor, the eight-hour work day, social security, women’s right to vote, the end of Jim Crow segregation, and the securing of basic environmental protections—are owed to social movements that used the same basic strategy.

Time and again, this people-powered strategy has prevailed against staggering concentrations of power. The Environmental Protection Agency was established under Republican President Richard Nixon. AIDS activists achieved life-saving reforms during the hostile, homophobic administration of Ronald Reagan. Dictators such as Serbia’s Slobodan Milosevic and Chile’s Augusto Pinochet were toppled by social movements that persisted in the face of extreme repression.

That same strategy can be used today in the fight against Trump and the Republican Party. At its simplest, it consists of building a social movement with active popular support that can pressure decision makers. For that to happen, it’s important that we understand the nature of social movements. We have to explain our work as we recruit support. We have to give one another strength in the face of guaranteed hostility from those who get angry or scared when someone rocks the boat.

The success of our movement today depends on how many people understand, believe in, and use this basic social movement strategy.

Understanding the importance of social movements requires pushing back against a ubiquitous notion: that change comes from within the political system. We call this the monolithic myth. Popular in mainstream media accounts and history books, this myth gives the credit for social progress to elected officials, lawyers, lobbyists and donors working behind the scenes.

The resistance movements we discuss in this guide were victorious because they were initiated by everyday people—by groups of engaged individuals—who changed the climate of political debate and forced politicians to take stands on issues they would have rather avoided.

Not only does the monolithic myth obscure the contributions that social movements make to progressive change, it also places too much faith in the ability of elected officials to move an agenda on their own. Politics is often described as “the art of the possible.” But what is considered “possible,” pragmatic or realistic at a given time largely reflects the efforts of popular movements that have pushed once-invisible concerns to the forefront. In the absence of a social movement, the canvas of the “possible” shrinks dramatically.

Some of the greatest U.S. presidents knew this. Abraham Lincoln, Franklin Delano Roosevelt and Lyndon Johnson all collaborated with and responded to pressure from social movements. They recognized that without the work of those movements, they could not have accomplished what they did.

This history is too often left out of popular accounts and school books. Inspiring people to join a movement requires continually asserting that the movement can succeed, while the media and other authorities sow doubt that it ever has.

These presidents passed important legislation under pressure by social movements, often after initially opposing it: 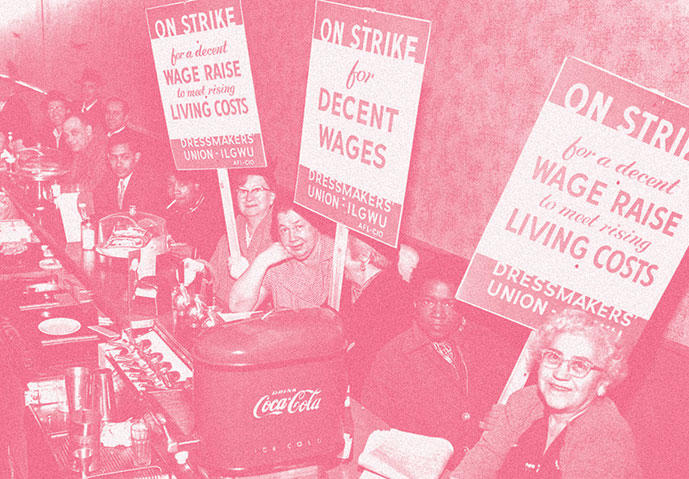 The history of civil resistance shows us that the success of a movement depends on people first believing in its basic power—and then learning how to wield this power effectively.

Barack Obama’s 2008 campaign embraced the strategies of social movements, leading to the improbable victory of an African-American president in a country where racism remains a powerful force. Yet following that victory, the social movement that fueled the campaign yielded to the same old belief in the power of politicians. As commentator Van Jones put it, “We thought that by electing Obama, we could just sit back and watch. We went from having a movement to watching a movie.”

Meanwhile, an energized opposition rallied. The Tea Party movement grew as the Obama movement petered out, and—as we discussed in the Introduction—the Republican Party seized control of the House of Representatives in the 2010 midterm elections.

The Tea Party movement did not repeat the Obama campaign’s mistake. It sustained itself past its 2010 electoral victories, building the foundation for the Republican takeover of both houses of Congress and of the legislatures in 32 states—and laying the groundwork for the eventual election of Donald Trump.

It’s tempting to believe that the simple act of electing politicians is enough to enable them to create change. Falling prey to this belief, we will tend to disengage after our side wins an election, and fail to sustain participation and growth. If we continue paying attention to politics, it’s often in a passive way, as if we’re “watching a movie.” And that passivity can have disastrous consequences.

The good news is that Trump’s victory and his aggressive policies have inspired millions to take matters into their own hands, without relying on elected officials, political parties or knowing insiders to make change.

So how do these millions form a movement—and how do we make that movement effective?

As recently as 1990, three-quarters of Americans viewed homosexual sex as immoral. Less than a third of the country thought same-sex marriage should be legalized.

In 1996, the Defense of Marriage Act passed the Senate 85-14, to be signed by President Bill Clinton. By 2006, 26 states had passed amendments banning same-sex marriage.

But by June 2015, when the Supreme Court ruling in Obergefell v. Hodges allowed same-sex marriage nationwide, 37 states and the District of Columbia were already there, and public opinion polling showed a majority of Americans in favor of gay marriage.

How did marriage equality shift from a third-rail issue that politicians were afraid to touch to a political winner that everyone wanted to get behind?

The Supreme Court’s ruling in favor of same-sex marriage followed a long series of state and local fights. Not all were victorious. Early wins in courts and statehouses were reversed by legislatures and initiatives. San Francisco Mayor Gavin Newsom’s 2004 decision to marry same-sex couples in defiance of state law led to backlash and the 2008 passage of California’s Proposition 8, which enshrined heterosexual marriage in the state constitution. Yet even amid setbacks, there was progress towards acceptance of marriage equality.

The drive for marriage equality was grounded in a simple idea: If a social movement can win the battle of public opinion, the courts and legislatures will follow. By chipping away at hearts and minds across a broad range of constituencies and institutions, activists created a shift in public opinion so enormous that politicians had to reconsider which side of the argument was “safe” for them to support. 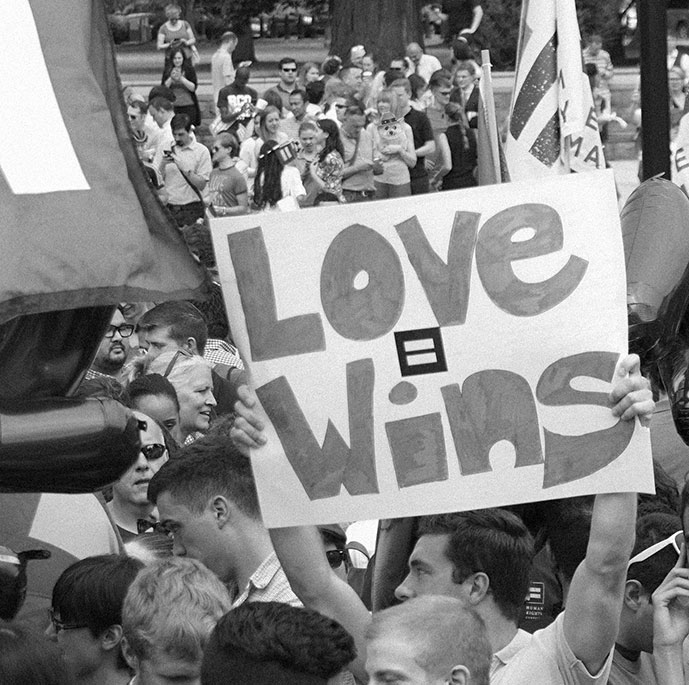 Harvey Milk, the first openly gay elected official in the United States, said in 1977, shortly after his election to the San Francisco Board of Supervisors, that coming out “would do more to end prejudice overnight than anybody would imagine.” Though Milk was later assassinated, the rapid rise in support for the LGBTQ community in the early 21st century proved his words to be prophetic. In a virtuous circle, as more Americans came out to their families, friends and colleagues, institutions became more welcoming and support for marriage equality increased, making it easier for more Americans to come out.

By 2011, public support for same-sex marriage was nearing 50 percent for the first time. In May 2012, Vice President Joe Biden declared on Meet the Press that he had changed his position and now supported marriage equality. President Obama completed his “evolution” shortly thereafter. In just one week in April 2013, six senators made similar shifts and proclaimed their support for marriage equality. By the time the Supreme Court was debating the constitutionality of the Defense of Marriage Act in 2013, the Obama administration had not only opted to stop defending the Act, it filed an amicus brief arguing that the law violated the equal protection clause.

One startling effect of the Supreme Court’s ruling was the reaction of Republican voters: same-sex marriage moved to the bottom of the list of their concerns. Today, even politicians who have not changed their position duck questions about their views on the subject. At nearly every point in the last three decades, legal and political positions on marriage equality have followed popular attitudes. As Evan Wolfson, founder of the organization Freedom to Marry, put it, “We had persuaded the country, and the courts followed.”