Outside game strategies allow individuals who are outside the channels of power to collectively raise their voices, issue demands, and achieve change by either halting bad policies or propelling good ones forward. Outside game tactics call out decision-makers who would often prefer not to hear from us.

Of course, none of us is truly an outsider. We all have connections to places where power is exercised and decisions are made. We live our lives in various spheres of influence where we can make our views known. Working together, we can use these spheres of influence to drive change.

With all the energy generated by game-changing protest, our movement is flush with new recruits who believe in the power of the resistance and are eager to stay involved. Creative thinking about our spheres of influence will help us turn this growing active popular support into tangible achievements.

You have more power than you know

One of the reasons social movements can make such a big impact is that each of the millions of people who belong to a movement has influence and power in many different aspects of his or her life.

Perhaps the most important sphere of influence in which we can act is as constituents to elected officials. As community organizer and theorist Saul Alinsky put it in his book Rules for Radicals, “Action comes from keeping the heat on. No politician can sit on a hot issue if you make it hot enough.” Our influence with our representatives doesn’t begin and end on Election Day: We can call or write their offices and show up at their town halls. Tea Party activists confronted their representatives en masse to great effect, and the Indivisible Guide has shown the Trump/GOP resistance how to respond in similar fashion (see sidebar).

When activists make it costlier for politicians to support the status quo than to oppose it, we see change. Republicans ease off their attacks on environmental regulations or protections for the poor. Establishment Democrats tilt their efforts away from Wall Street backers and towards working people.

The most important arena for the outside game is electoral politics, but pressure need not only be applied to elected representatives. This is where other spheres of influence come into play: We can move corporations, for example, as employees, consumers or shareholders.

Tech industry leaders felt pressure to resign from Trump’s advisory council when their employees organized against using their skills to support deportations or religious discrimination in the form of a Muslim registry. The #DeleteUBER hashtag went viral after the company attempted to profit from an anti-travel-ban taxi strike in New York City, showing the power of consumer pressure.

Resistance Within Different Spheres of Influence

Many outside game campaigns are designed by experienced strategic campaigners. If you start a small group, don’t feel that you need to design your own a campaign. You can link up with one that has already begun. One campaign that everyone can join is putting pressure on members of Congress.

Imagine that the thousands of people who participated in game change protest have been joined by thousands more who were moved to oppose the Trump/GOP agenda because of that protest and subsequent small actions. Now they form their own small groups and flood established organizations.

Every proposal that comes out of the Trump administration or the Republican Congress sets off a barrage of phone calls, town halls and delegations, day after day. Democratic officials, their fighting spirit restored, work harder to resist Trump’s every move. Republicans hesitate to endorse Trump’s agenda.

You can make this happen. The Indivisible Guide has been incredibly effective at getting the ball rolling. Now we need to keep up the pressure! Use the four tactics described in the Indivisible Guide: Confront your member of Congress at town halls; participate in events in his or her home district; join in district sit-ins (or, if fighting for health care, “die-ins”); and barrage him or her by fax and phone.

Don’t leave out your Democratic representatives either. Even the most progressive Democrats need to know there’s pressure on them from the movement, and most Democrats will slide towards the middle (or keep their heads down) if they don’t see that the movement is alive and kicking in their district. Positive feedback can be important too. It helps politicians stay strong when doing the right thing—and it lets them know that you're watching.

Even if it isn’t your primary focus, participate in outside game resistance at least once a month. Make phone calls. Show up to town hall meetings. Or find other strategic campaigns that influence decision makers. 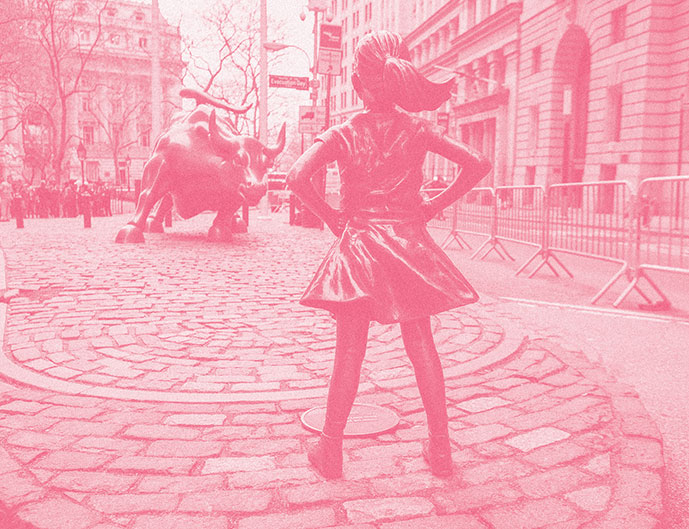 Indivisible and the Health Care Fight

From the day that President Obama signed the Affordable Care Act, Republicans have vowed to repeal it. Throughout four congressional election cycles and two GOP presidential primaries, Republicans continuously promised to “repeal and replace” Obamacare.

Sure enough, Trump’s first major legislative push after his inauguration in January 2017 was a new bill called the American Health Care Act (AHCA), which aimed to strip Obamacare bare, effectively denying health coverage to tens of millions of Americans.

Obama’s health care plan had been widely unpopular with Republicans since its introduction in 2010. But when Trump’s AHCA was set to go to the House floor, constituents flooded their elected representatives on both sides of the aisle with phone calls, faxes, letters and personal displays of protest.

Thanks to groups like the Town Hall Project, typically mundane town hall meetings with members of Congress grew contentious all over the country as citizens shouted at their representatives or told emotional stories about pre-existing conditions and life-saving access to affordable health care under the Obama plan. When broadcast on social media, many town hall meetings went viral, particularly those featuring personal stories.

The Indivisible Guide strategy of pressuring members of Congress, both Republican and Democrat, spread like wildfire during the AHCA debate. Constituents made thousands of coordinated calls, flooding phone systems and shutting down switchboards. Republican representatives who planned to vote in favor of the bill canceled public events for fear of having to answer for their actions.

The first vote on Trump's health care plan had to be canceled for lack of support. After a series of amendments were adopted, House Republicans—and only Republicans—voted to pass the AHCA.

As of July 2017, the AHCA is staggeringly unpopular, and the Senate has retreated from an attempt to rush its passage. Legislative leaders desperately seek strategies to navigate it through Congress with minimal public attention. Meanwhile, public approval of Obamacare has surged to its highest level yet.

Through coordinated outside game strategies, the resistance scored an incredible upset with the AHCA. Obamacare repeal and replace, heralded for years, was to be the centerpiece accomplishment of Trump’s first 100 days. Now, though the battle is far from over, the 217 Republican representatives who voted in favor of the AHCA face significant pressure in their districts, where they will have to run for re-election in 2018. In congressional districts with vulnerable Republican office holders, Democrats are seeing volunteers and donations to help turn them blue.