Do you want to be part of a successful effort to defeat the Trump agenda?

Do you want to join a group—or form your own—and maximize your group’s effectiveness?

Do you want to know how your group’s efforts can fit in with a larger movement for social justice?

Do you want to know how to sustain the movement even in times of burnout, disillusionment or apathy?

Do you want to understand how great social movements of the past can guide the current fight?

Then this guide is for you.

Together we can win.

Trump is the president. Republicans run our government. How do we fight back?

As his time in office accumulates, the fact still stings: Donald Trump is the president of the United States.

Not only did he win an electoral victory many thought impossible, he benefits from a strong Republican (or GOP, for Grand Old Party) majority in Congress. The GOP controls the House and the Senate. A conservative majority presides over the Supreme Court, the product of a successful power grab in which Republicans stonewalled President Obama’s nominee in 2016. On the state level, Republicans hold 33 out of 50 governorships and control 32 state legislatures.

Even as investigations are launched into the legitimacy of the election and misconduct by Trump and his administration, Congress and the White House remain united in their support for policies that fuel racism, criminalize protest, deport thousands, eliminate health benefits for millions, overturn environmental protections, and shred the social safety net, all while securing billions of dollars in tax breaks for the wealthiest.

What can we do?

This is a winnable fight

We believe that in working together and working strategically, we can build a resistance movement that will stop Trump and the GOP.

We believe the seeds of this movement have already started to germinate.

We speak as leaders of social movements that have won significant strides for social justice over the last two decades in the face of racism, xenophobia, dismissive media coverage and hostile politicians.

We believe that social movements of the past show us a path to victory. We have studied resistance movements in the United States and abroad, and drawn lessons from the many instances in which—against even steeper odds than those we currently face—people took on the powerful and won.

We find grounds for hope in the sheer number of groups that have been formed since the election, and the huge numbers of people who have taken part in actions such as the Women’s March and the airport protests against the Muslim Ban. All this activity is strong evidence that we are living in a moment filled with potential.

The resistance is already working. As we’ll discuss in greater detail throughout this guide, creative mass protest has already derailed the agenda of Trump and the Republican Congress on multiple fronts. Trump failed to win the post-Inauguration approval ratings bump that every other modern president has enjoyed— thanks in large part to the millions who flooded the streets around the country the day after the Inauguration. After Trump attempted to introduce a discriminatory travel ban, mass protests at more than a dozen international airports galvanized thousands against the policy, even though it had been framed in the traditionally unassailable language of national security.

Despite these early successes, many feel disoriented. Since the election, we’ve heard from countless people who have similar questions: What is the best way to get involved? Is anything we are doing actually making a difference? Does protest really work?

It does. It has. But if we’re going to carry the fight forward, it’s critical to understand how. 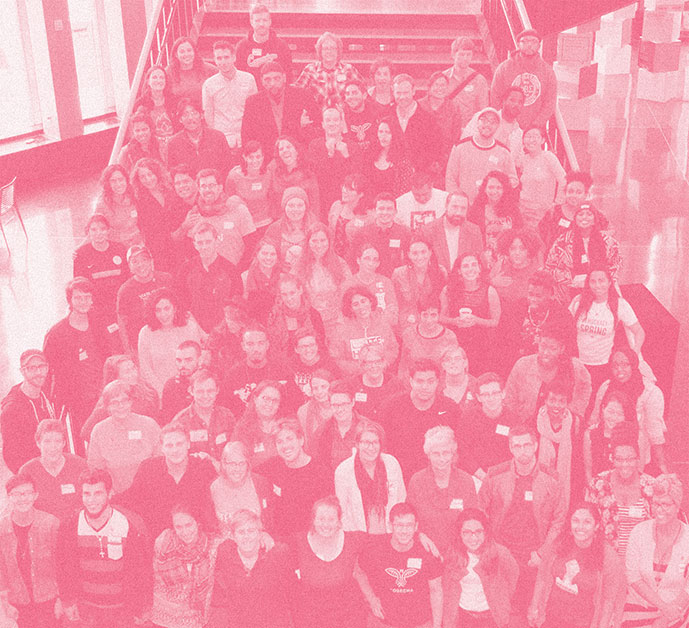 This guide was authored by leaders of Momentum, a training institute and movement incubator. We study what makes or breaks movements. And we teach people how to incorporate the best techniques and strategies of protest into their ongoing work for social justice.

We are organizers, researchers and trainers who have decades of experience between us in many social movements. We’ve organized to defend the rights of immigrants, to leave the fossil fuel economy behind and stop climate change, to dismantle racist power structures, to fight for international peace and justice, and to bring an end to corporate money in politics. Our organizations are hard at work together to stop the Trump/GOP agenda. (We’ve included a list of these organizations at the end of this guide.)

Momentum has trained hundreds of grassroots leaders in dozens of organizations throughout the United States and internationally. We invite you to sign up for a training with the Momentum Institute to learn how to put the work of this guide into practice.

To explore the issues raised in this guide in greater depth, you may want to read This Is an Uprising: How Nonviolent Revolt Is Shaping the 21st Century, by Mark Engler and Paul Engler. (Paul is a co-founder of Momentum.) Released in 2016, This Is an Uprising surveys the field of civil resistance and draws lessons from some of the great social movements of the past century. These include the Civil Rights Movement, ACT UP and Occupy in the United States; the movement for independence in India; and the resistance movement that brought down Slobodan Milosevic in Serbia. We’ve drawn on several of those accounts in the sidebars throughout this guide. To learn more about the book and to for additional resources on civil resistance, visit the web site ThisIsAnUprising.org.

The study of civil resistance gives us answers

We’ve developed this guide through our study of the field of civil resistance, which examines the means by which nonviolent movements combat injustice when their opponents seem to control all the levers of institutional power. For decades, scholars of civil resistance have analyzed data and poured over case studies to determine best practices for social movements.

The study of civil resistance has validated what we knew from our own work, and it validates what is working in the current Trump resistance movement. It has given us a framework to understand social movements and to explain them to others. We have used this framework to train the leaders of dozens of community organizations, unions and activist groups so they can build on lessons from the movements throughout history that have toppled dictators and won sweeping reforms.

We believe that this framework must be the cornerstone from which the resistance will grow and sustain itself against the Trump administration and the GOP.

What you can expect from the Resistance Guide

In this guide, we break down the basics of civil resistance in four sections that will help you work strategically and sustain yourself to win.

The Introduction is about theory, strategy and vision. The resistance must say goodbye to the traditional politics of compromise in favor of a movement strategy that will change the political weather and apply pressure where it is most effective.

Chapter One explains the importance of social movements. Elected leaders are important—but people power is more important to achieve transformative change over time.

Chapter Two explores how protest movements work, especially how they turn popular support into the active participation needed to win.

Chapter Three digs deep into three different but complementary types of resistance. We call these the game change, the inside game and the outside game.

Chapter Four gives you the tools you need to resist together, by finding a training and finding a group, or forming a group of your own. It also suggests a minimum individual commitment needed to sustain this movement.

We’ve included multiple sidebars illustrating the successes and challenges of social movements from history and recent events. And we’ve included links to additional resources—including contact information for many groups that have already begun organizing to resist the Trump administration and promote a broader vision of social justice. 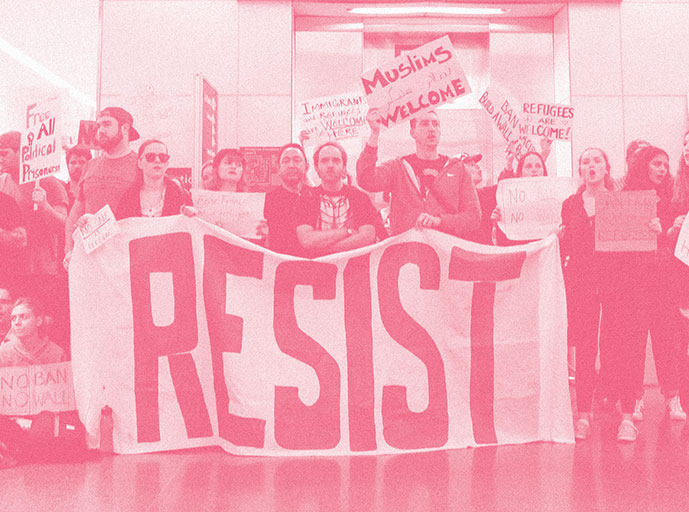